I went to Cambridge last weekend, and had originally planned to do the Cambridge parkrun in the morning. Serendipity had it that a kindly stranger read my blog on Huntingdon, saw that I was planning to go to Cambridge this week, and warned me that the event was cancelled for a spring fair.

Disaster averted I instead decided to go to Pymmes park, which is in North London, and on the way up to Cambridge. I knew from a very enthusiastic Facebook group of parkrun tourists (of which I am of course a member) that a lot of people would be making the trip to Pymmes this week to celebrate one of the group’s 22nd birthday, and another’s 200th parkrun.

The run director was pleased to welcome us (‘Travellers with cakes’ were his words I think), the local crowd and one parkrun newbie (who I hope wasn’t too intimidated by the whole ordeal!).

The Pymmes course is a flat 3-lapper, run round the perimeter of the park and entirely on tarmac. It’s a fast course, and much faster than the other North London parkruns I’ve done (Hampstead Heath, Finsbury Park, Ally Pally, Gladstone, Highbury Fields), though I’m told nearby Oak Hill is also very quick. For some mystery reason that I don’t understand, Pymmes has never attracted much of a crowd, and normally only has about 30 runners each week. 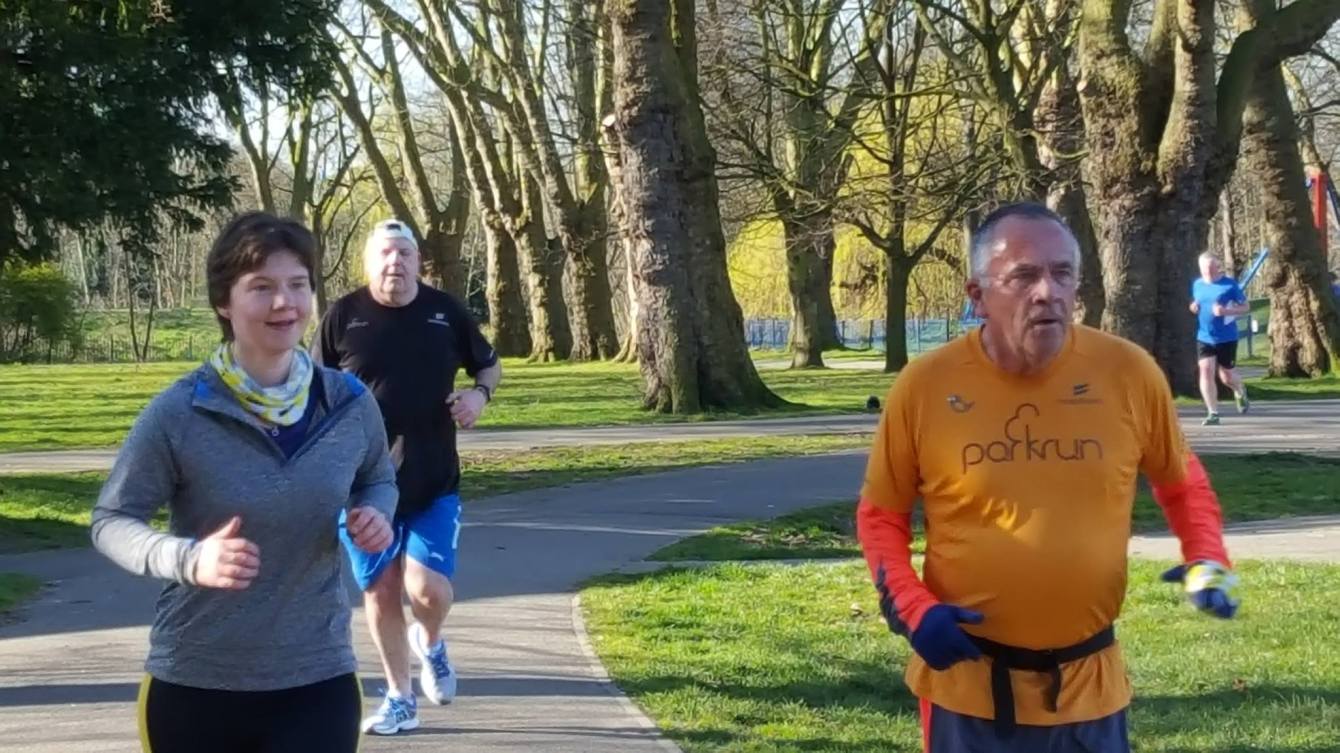 I should own up here that I really wasn’t feeling very well, having had something suspiciously flu-like since the bank holiday weekend. I set off slowly, and felt terrible within about 10 metres. 5km was going to be a very long way.

I ran the first lap with fellow parkrun tourist Tim, before tailing off on the second lap, and being joined by another tourist Nicola for the third. I was very relieved to get to the finish without causing a scene, felt too terrible to eat any cake and decided to make an early (and antisocial) retreat.

All-in-all, a bit of a wasted opportunity unfortunately. It would have been nice to get a super-quick time on a super-quick course, and also to have spent longer chatting to the other parkrun tourists. But hopefully there will be another chance in future weeks.

Oh, in better news (I nearly forgot) – I got a new ‘top finishing position’ of 32nd, beating 35th at Aldenham the other week. Again, mainly due to there being so few people… (Pymmes results)