I was joined on the 11th by Emma, Sophie, Nick and Tod the Dog, and we went to Milton Country Park for the Cambridge parkrun.

Me, Nick, Emma and Tod

The park has a lake which is open for swimming early on Saturday mornings, and Sophie suggested that we go for a pre-parkrun dip. I’d never been lake swimming before, but inspired by Miriam (who joined me for a couple of parkruns earlier in the year), thought it might be a good idea. Emma, Nick and Tod the Dog opted for a lie-in.

Sophie unfortunately slept in, so I ended up going on my own. My verdict on lake swimming is that it was initially embarrassing (who knew that the zip of a wetsuit is supposed to be at the back…?), then terrifying  (why is it so dark underwater?), and then not too bad. Maybe I’ll go again some time!

The swim-parkrun combination turned out to be a popular one, with lots of people heading out of the lake and over to the start line. Cambridge parkrun is very busy, and to make things easier on the overtaking they ask you to guess your time and stand in order at the start. Emma, Sophie, Tod and I hung back at the 35 minute mark, while Nick headed through to the front.

Sophie had run the course before and described it to us as an ‘ampersand’ shape, with a little lap round one side of the park, followed by two big laps round the other side and a final straight bit at the end. It’s entirely on paths, through trees and round two man-made lakes.

With all the people, this was a much scarier parkrun for Tod than his first (in Newark). We made our way round the first two laps very slowly, with the odd bit of stopping and leaping around as fast runners (including Nick) came past. By the third lap, the faster runners had finished, and we had a bit more space. Tod decided to up the pace as the rest of us struggled to keep up, meaning we managed quite a serious negative split. Our time of 33 minutes does not reflect how incredibly speedy we were for the last couple of kilometres! (See results) 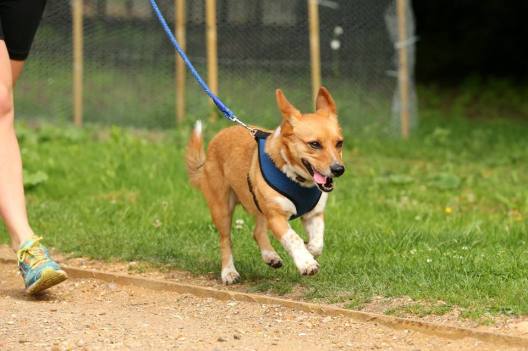 We spent the rest of the day down by the river watching rowing at the Cambridge Bumps. Which was brilliant. Especially as Selwyn M1 overbumped to blades (translation: the team we were supporting won a lot). 🙂

Thanks very much to the volunteers at Cambridge parkrun. It’s a huge event to be putting on every week and all your efforts are very much appreciated!

Thanks also to Emma, Nick, Sophie and Tod for joining me – and I hope to see you all again soon.

Also great to meet Tony, who got in touch earlier in the year to warn me of a flaw in my original timetable. (Best not to go to Cambridge when the course is closed!)

I’m running a different parkrun every week of the year to raise money for Alzheimer’s Research UK. Please head over to my JustGiving page if you can spare any pennies for a great cause.